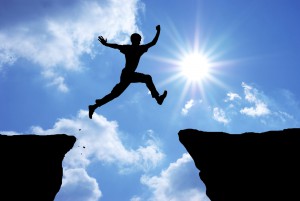 Following the example set by American scholarship, legal scholarship in Europe has produced more and more multidimensional academic work relating to a wide array of topics that traditionally belong to the field of law over the last few decades. In these empirically-orientated legal studies, ‘extralegal knowledge’, i.e. empirical insights stemming from disciplines such as psychology, sociology, and economics, are combined with existing legal insights based on traditional legal argumentation techniques, and then transformed into ‘novel’ legal knowledge to further different sorts of public policy aims. One of many intriguing, and as yet unresolved questions underlying these kinds of studies in Empirical Legal Scholarship is whether it is in fact possible – and if so, how, why and when – to leap from such extralegal empirical insights to normative legal conclusions.

To put it somewhat differently: given that Facts in themselves cannot generate Values or Normative Claims, how and when can any decision maker step over from, for example, empirical psychological facts to legal normative value judgments as one is required to do from a legal end, for instance as a judge, or from a policy making perspective? If psychological research tells us – to give an example – that warning signs are only followed by those people who have been given the warning if the costs of complying with that warning are low, could a judge then conclude that a legal duty to warn should be rejected, as being superfluous, in all other circumstances? What are the conditions under which it would be safe to say that one could formulate a normative claim based on certain empirical facts?

In this Blog I will summarize my own research findings from a previously published article, followed by a reaction to an intriguing early comment on my position by Professor Leeuw which has lead me to reconsider my prior position, but only to come to the conclusion, again, that there might not be a definite answer to the question at hand. Let me explain how I arrived (at that conclusion.

First, my analysis of the existing material showed that these sources did not contain the answer to our question. So, secondly, I then had a look at what comparative lawyers do, which taught me that the case of transplanting legal rules from legal context A to legal context B shows that the problem of bridging gaps is not one that only persists in dealing with two distinct disciplines but also when dealing with two distinct legal systems. In comparative law, the answer to that problem is found in the advice to weigh all the available legal arguments, including the comparative ones, and to reason onwards from there. Here might of course also lie a possible solution for interdisciplinary scholars. However, doing so means that it is probably only on a case to case basis that the answer to the question of how to bridge the gap between Fact and Value can be given, since weighing of arguments in the manner described is done in each individual case on the merits of that particular case.

That was and is of course an unsettling, uncertain outcome: weigh the argument found elsewhere, decide whether or not to use it, and do so on a case to case basis. So instead of taking this as our definite answer, I decided to have one more stab at trying to find a decent answer. But since by now I realized there might not even be a definite answer, I did so by going for ‘Plan B’: trying to find ‘the Next Best Thing’ available. Given the materials I studied already I concluded that this next best thing would be to opt for some form of procedure, a formal process, guided by procedural rules on what to do and what not to do, coupled with a duty to justify the choices made, to steer the process of using empirical insights in legal discourse. I thus came up with my due process approach.

To elaborate somewhat on this approach, which builds on and was voiced also to some extent in the literature I analyzed: its starting point is that if there is a mismatch between what social science tells us to be ‘the empirical truth’ and what our legal system holds out to be ‘the law’, that mismatch alone will not suffice as a justification to change the law into the direction that social science guides us. This is so because law has its own normative arguments to consider primarily. In weighing all the available arguments, factors and considerations, the new social science insight might well be highly important, since it adds a new element to the discussion thereby enriching the reasoning. But the novel insight itself is not enough; there might be one or more good reasons not to follow up on that insight, given the other arguments available to the decision maker. Thus, there is ample need to be cautious when using insights from elsewhere in a legal discussion leading to legal consequences. This cautious approach would then have it that a decision maker is only ‘allowed’ – scientifically – to leap from extralegal insights to legal solutions if certain procedural criteria have been satisfied: if due process is attended to.

The following, non-exhaustive set of criteria that ultimately deal with rather common methodological problems (such as validity issues) might be listed here as relevant criteria that a judge or scholar should consider and weigh, taken together, before using empirical insights in his legal reasoning:

With regard to all these factors – the list is by no means exhaustive, so other factors, e.g. focusing more on substantive plausibility (see E.R. de Jong, Voorzorgverplichtingen, Boom juridisch: Den Haag 2016, dealing e.g. with the Daubert-case law in the US) can be added – the reasoned justification provided by the user of the extralegal information – the judge deciding a case, for example – would be crucial. If and when these criteria have been duly considered, weighed against one another, and justified, the extralegal materials can be considered reliable and may thus be used in the decision making process, but without there being an obligation to do so. The legal outcome may then be inspired by the empirical insights found, basically because all thinkable safeguards have been put in place. Or, to return to our earlier example: if the empirical insight that warning signs are only followed by people who have been given the warning if the costs of complying are low, is a sound insight according to the list of factors, a judge may in fact conclude that a legal duty to warn should be rejected in different circumstances. So, in essence, my answer to the question raised is that when procedural safeguards have been met, it is possible, because such procedural safeguards have been met, to leap from extralegal insights to normative legal conclusions by using the insight found elsewhere in the formulation of the legal outcome. The predictable ensuing difficulty that courts should be equipped to be able to rule on the procedural guidelines listed, might be overcome by using court appointed experts to evaluate the usefulness of the extralegal materials available, by assessing their relevance, reliability, validity, and so on.

After having launched these ideas, Professor Leeuw, was the first to formally react to them. He did so first in Utrecht Law Review article in a critical way. I hadn’t come up with the final answer, he claimed, and rightly so, I must admit. In his latest book, Empirical Legal Research. A Guidance Book for Lawyers, Legislators and Regulators, Professor Leeuw picked up on this same point, where he claims, again rightly so, that today’s issue is not novel, but that it is really important to know about it and that it is necessary to try to bridge the gap in order to create a reality check for legal arrangements (at p. 226).

More specifically, Leeuw then suggests – as said: with good reason – that my Due Process approach also does not provide the answer to the crucial question ‘how to leap from empirical evidence to normative statements’, a conclusion which he then backs up by the example mentioned just now which shows that if an intervention does not work empirically, one might still retain that intervention on different (normative legal) grounds (at p. 227-228).  This last point was one that I myself had also made: there might be other good reasons, besides empirics, to still choose (normatively) for a certain policy, so to a large extend we seem to agree.

But what Leeuw seems to have neglected, if I understand him correctly, is that my Due Process Approach would in fact allow a policy maker to use the empirical facts that are consistent with that approach, without however being obliged to actually do so. One can refrain from an intervention if it does not work effectively but one can also choose to continue for other reasons. To this I can add that the three different approaches that Leeuw adds to my analysis, even by his own account, only ‘trim down’ but do not solve the ‘fact-value-problem’ (see p. 231 and 233). Indeed, Leeuw also concludes that ‘it may very well be that there is no solution to this problem’ and that he primarily wants to provide us with ‘some (argumentative) tools to handle the gap problem in a transparent way.’ (p. 233). So, since both of us aim for transparency, I think we are, by and large, in agreement.

So let me conclude by repeating that for lack of a better alternative I will stick to my own Plan B: trying to provide a procedure that is as transparent and honest about what we are doing as can be, leaving it to the policy maker in question to decide whether or not to take the jump to  the other side.

(This Blog is largely based on my Utrecht Law Review article mentioned above, as adapted for the Utrecht School of Law colloquium featuring Professor Tom R. Tyler in May 2016)