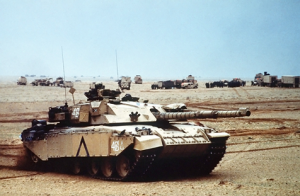 On this blog, I commented earlier on Jaloud v the Netherlands (2014), the latest judgment of the European Court of Human Rights (ECtHR) on the extraterritorial application of the European Convention on Human Rights (ECHR). A new case before the Court may now be in the making. On 9 September 2016 the Court of Appeal of England and Wales rendered a judgment in the test cases of Al-Saadoon and others v Secretary of State for Defence regarding the question whether the UK is accountable under human rights law vis-à-vis a number of victims of lethal force in Iraq during the 2003 invasion and the post-occupation phase after 2004 (for earlier comments see here and here). The cases raise important issues as to the application of human rights law to the exercise of extraterritorial force over individuals and are likely to wind their way up to the UK Supreme Court and ultimately the ECtHR.

This would be an opportunity for the ECtHR to further define its doctrine of extraterritoriality as laid out in the 2012 Al Skeini judgment, on which also Jaloud was based. Under this doctrine, it remains unclear what uses of extraterritorial force precisely trigger human rights obligations. In fact, the Court of Appeal itself invited the ECtHR to clarify matters, by pointing out that ‘if the logical consequence of the principle stated in Al-Skeini is that any use of extra-territorial violence is within the acting state’s jurisdiction for this purpose (…) that that is a conclusion which must be drawn by the Strasbourg court itself and not by a national court’ (para. 70). Nevertheless, the Court of Appeal draws its own conclusions concerning the scope of the various models of extraterritorial application of human rights law. In so doing, it further muddies the conceptual waters. Instead of making ‘fine distinctions’, it appears more appropriate to apply a bright line rule, which ties the concept of jurisdiction on which extraterritorial application is based, to the principle of attribution under the law of responsibility.

In Al-Saadoon, the Court of Appeal prima facie abdicated its responsibility to further develop the law and refused to hold, unlike what Justice Leggatt of the High Court had earlier done in the cases, that under the state agent authority and control model suggested in Al Skeini, jurisdiction was not concerned with any exercise of extraterritorial force over individuals. Instead, according to the Court, the ECtHR had the intention ‘to require that there be an element of control of the individual prior to the use of lethal force’ (para. 69). Thus, if the use of lethal force was not accompanied by an (additional) exercise of governmental control, the UK could not be considered to owe human rights obligations to the victims of force. For instance, when an UK army truck drives along a road and causes an accidental death, the UK, at least in the Court’s view, did not exercise control over, and hence did not owe obligations to the victim (para. 97). This being said, such instances of the use of force may well be covered by a flexibly applied ‘public powers’ model of jurisdiction, which was initially suggested by the ECtHR in Al Skeini. Accordingly, the Court of Appeal was willing to consider UK troops’ policing the supply of rationed fuel to civilians, manning a crossroads, raiding a family home, and firing shots from a tank to all be an exercise of public powers normally exercised by the Iraqi police on behalf of the government of Iraq. This would be the case even if the UK could not be considered to exercise state authority and control over the individuals in these cases (paras. 74-91).

This application of the identified principles of extraterritoriality to the cases is not fully convincing: how can individuals fall within the ‘public powers’ jurisdiction of a state where that state does not exercise authority and control over them? The answer lies in the Court of Appeal’s peculiar construction of the authority and control standard as somehow different from the public powers model suggested in Al Skeini. However, in reality, the ECtHR in Al Skeini intended the public powers model to be a halfway station between a purely territorial model and a purely personal model of jurisdiction, possessing elements of both. As the ECtHR stated in its crucial paragraph 149: ‘where the United Kingdom through its soldiers engaged in security operations (…) exercised authority and control over individuals killed in the course of such security operations (…) a jurisdictional link between the deceased and the United Kingdom for the purposes of art.1 of the Convention [is established], in the ‘exceptional circumstances’ of the UK’s assumption in Iraq of ‘the exercise of some of the public powers normally to be exercised by a sovereign government’, powers which are normally exercised on its own territory.

One is left to wonder why the Court of Appeal made life so difficult for itself by reflecting at length on the state agent control model (paras. 58 and 73, and the application to the test cases), whereas the Al Skeini public powers model could easily be – and also was applied – to the test cases. Possibly, the Court of Appeal wanted to make its own imprint on the development of the doctrine of extraterritoriality in human rights law after all. Indeed, in spite of its professed modesty – the Court states that it defers to the ECtHR (para. 70) – it contributes to the development of the law by reading into the ECtHR’s case-law on the state agent control model the aforementioned requirement that ‘that there be an element of control of the individual prior to the use of lethal force’ (para. 69), even if that requirement has never been explicitly put forward by the ECtHR. The introduction of this novel principle enabled the Court of Appeal to address test cases that could not properly be addressed under the public powers model (at least not in its own interpretation of this model), notably the cases of injured Iraqis being taken by the UK to a medical facility.

In the Court’s logic, this all may appear to be eminently sensible. However, ultimately one should concede that determining whether a particular situation falls under the public powers model or the state agent authority model is just guesswork. Why is firing shots from a tank the exercise of public powers, while taking someone to a hospital is not? If a foreign government provides medical aid to an individual whom it has just injured, to me this would appear to be the exercise of ‘public powers normally to be exercised by a sovereign government’, even more so than shooting from a tank, which is not a particularly ‘normal’ exercise of public powers. Moreover, why is a civilian last seen being taken on a stretcher onto a military helicopter after being hit by bullet allegedly fired by British troops, or a child taken by a British Army patrol to a UK military hospital after being injured by munition (paras. 88-91), covered by the state agent authority and control model? In these situations state control was only exercised after the initial use of lethal force, whereas the Court of Appeal’s enunciated principle expressly required control prior to the use of lethal force. Also, why precisely is being killed by an army truck not an exercise of public powers nor of state agent control and authority?

The Court of Appeal believes in this respect that one should ‘distinguish between different types and degrees of physical power and control and that this will result in fine and sometimes tenuous distinctions’ (para. 71). However, when these distinctions become wholly artificial, subjective, and unpredictable, they should be abandoned. A sounder approach is to espouse a pure state agent control and authority model based on the principle of attribution in the law of responsibility (see also the exposition by Tzevelekos in the Michigan Journal of International Law): when an act can be attributed to a state, the state may be held responsible (at least when wrongfulness has been established) and the affected individual falls within the state’s jurisdiction. This model admittedly casts a wide net, but it can be mitigated by the principle that ECHR rights can be ‘divided and tailored’ so that only the individual rights and freedoms that are relevant to the situation of the particular individual should be secured (Al Skeini, para. 137). This model also allows for the interpretation of ECHR rights in light of the law of armed conflict, which has rules specifically designed for the battlefield. It is hoped that the UK Supreme Court and ultimately perhaps the ECtHR dispel the reigning conceptual confusion. Still, as this confusion is also of the ECtHR’s own making, our optimism should be guarded.