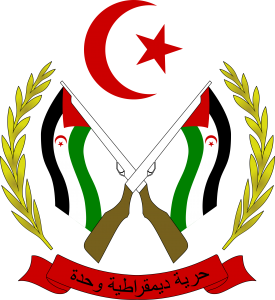 On 13 September, Advocate General Wathelet published his opinion in a case pending before the European Court of Justice that raises several fundamentally important questions of international law. In particular, the Court is set to clarify whether the trade agreements between Morocco and the European Union apply to the Western Sahara. If the Court confirms that the agreements do not apply to Western Sahara, this will give backing to the long-standing argument made by the Polisario Front that Morocco cannot legitimately make agreements with foreign companies regarding the exploitation of Western Sahara’s natural resources (see here and here). The Polisario Front is a national liberation movement and has been recognised by the UN General Assembly as the representative of the people of Western Sahara (see here and here).

The Advocate General’s opinion is not binding upon the Court but is often indicative of how the court will decide. The opinion is interesting for scholars looking at accountability and responsibility issues, because it sheds light on how the rights of persons living in non-self-governing territories can be defended. It also contains a rare evaluation of the question of whether national liberation movements, such as the Polisario Front, have legal personality under international law. Before looking more closely at the case, I will first give a brief background to the Western Saharan situation.

Background to the Western Saharan situation

Western Sahara is a disputed territory in the Maghreb region of North Africa, bordered by Morocco, Algeria and Mauritania. In 1974, the General Assembly asked the ICJ to rule whether prior to the colonization by Spain, Western Sahara was a terra nullis and if not, to clarify the legal ties between the territory and the kingdom of Morocco and the Mauritanian entity. In its 1975 advisory opinion, the ICJ rejected the argument that there was a “tie of territorial sovereignty” between the Western Sahara and Morocco or Mauritania. Although it found that there were some ‘legal ties’ between these entities, the ICJ concluded that they did not “affect the application of [General Assembly] resolution 1545(XV) in the decolonization of the Western Sahara and, in particular, the principle of self determination”.

After the issuance of the ICJ’s opinion, Morocco staged the so-called ‘green march’ of 350,000 Moroccans into Western Sahara. Around the same time, Spain decided to hand over Western Sahara to Morocco and Mauritania and an armed conflict broke out between Morocco, Mauritania and the Polisario Front. Although in 1979 Mauritania dropped its claims to the territory of Western Sahara, the armed conflict between Morocco and the Polisario Front lasted for a further twelve years. In 1991, there was a ceasefire between the Polisario Front and Morocco, with the parties agreeing to a referendum on self-determination. Since then, the parties have not been able to agree the terms of the referendum, but the ceasefire has largely held. In recent years, Morocco has been repeatedly accused of exploiting the natural resources of Western Sahara, by granting licences to foreign companies and other States for exploitation and exploration (see here, here and here).

The current case before the European Court of Justice originates from a claim made by the Polisario Front against the Council of the European Union in November 2012 arguing that agreements brokered between the EU and Morocco relating to the reciprocal liberalisation of inter alia products and fish (‘the decision’). Essentially, the question before the court was whether the agreements relating to the EU-Morocco Association Agreement and Liberalisation Agreement are applicable to the Western Sahara and if so, whether they should be annulled. The case that is currently pending before the European Court of Justice constitutes an appeal to the judgment by the General Court which was delivered on 10 December 2015.

In its 10 December 2015 judgment, the General Court rejected the arguments put forward by the Council and the Commission that the Polisario Front did not have legal personality and a capacity to institute proceedings (para 34-60). Evaluating the Polisario Front’s pleas for annulment, the court found that when making agreements regarding the export of the products,  the European Union must ensure that their production does not negatively affect the population of that territory and does not entail infringements of fundamental rights (para 228). The General Court found that in this case the Council had failed in that obligation and held that the decision should be annulled ‘in so far as it approves the application of the [Liberalisation Agreement] to Western Sahara’. In the Council’s Appeal which is now pending, the Court has been asked to re-visit the following questions:

In examining the questions above, the Advocate General found that Western Sahara is not part of Moroccan territory and therefore neither the EU-Morocco Association agreement or the Liberalisation Agreement are applicable to it (see inter alia para 82). On the basis of this finding, he advised that the judgement of the General Court should be set aside and the Polisario Front’s claim should be deemed inadmissible. He reasoned that if the agreements do not apply to Western Sahara, the latter has no interest in the contested decision (para 114).

If the court were to find that the agreements did apply to Western Sahara, the Advocate General put forward the view that the Polisario Front, despite having international legal personality, is not directly and individually concerned by the contested decision, and that its application should be rejected. According to the Advocate General, the Polisario Front is only the representative of the people of Western Sahara for the purposes of the political process aimed at securing their self-determination, and not for the purposes of defending their commercial interests (para 185-6).

However, if the Polisario Front’s claim is allowed, the Advocate General opined that the Council had failed in its obligation to examine all the relevant evidence regarding the circumstances in which the Liberalisation Agreement was made. In particular, he found that the Council was required to take into account the human rights situation in the country and the potential affect that the agreement would have on it (para 256-276). On this basis, the Advocate General found that the General Court was correct to partially annul the contested decision, in so far as it approves the application of the Liberalisation Agreement to Western Sahara, thereby rejecting the Council’s appeal as unfounded.

The Advocate General’s opinion on this matter is not binding upon the court but provides a strong indication of the manner in which the European Court will decide on the case in the coming months. It is of comfort therefore that the opinion has some undoubtedly positive elements. For example, the opinion provides a strong reiteration of the ICJ’s 1975 view that there is no tie of territorial sovereignty between Western Sahara and Morocco. It confirms that Western Sahara is not a part of Morocco and is therefore not covered by agreements between Morocco and the EU (para 82). The opinion also provides a confirmation that national liberation movements, such as the Polisario Front, have legal personality under international law (see para 146). The Advocate General also confirms that EU institutions have an obligation under international law and EU law to examine the human rights situation in Western Sahara and the impact that the agreement would have on it (para 254-9).

These positive points aside, there are a few important areas where the reasoning of the opinion can be questioned. In particular, the Advocate General’s conclusion that the Polisario Front should lose its standing, if it is found that the agreements do not apply to Western Sahara, is problematic. It not only risks denying the Polisario Front of any legal standing in claims relating to implementation but also ignores the de facto reality that Morocco does not distinguish between the two territories when exporting its products. The Advocate General’s argument that the Polisario Front is only the representative of the people of Western Sahara on issues related to self-determination, and not on issues relating to the defence of its commercial interests (para 184-5) is also problematic. From a legal perspective, such a division does not give due attention to the fact that the principle of self-determination and the principle of sovereignty over natural resources have evolved along parallel lines since the 1950s,. Indeed, in its resolution 1802 of 14 December 1962, the General Assembly referred to sovereignty over natural wealth and resources (what the Advocate General calls commercial interests) to be a “basic constituent of the right to self-determination.”

While the opinion has been welcomed by the lawyer of the Polisario Front as paving the way to a referendum on self-determination, there are a number of aspects of the opinion which need more attention. It is hoped that the Court takes a more pragmatic approach on these issues and renders a decision that can be enforced, so that the de jure and de facto reality of the relationship between Morocco and Western Sahara can become more aligned.