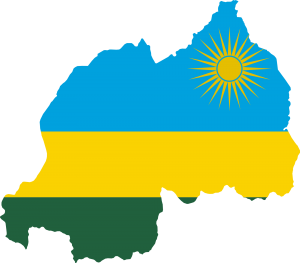 The Dutch Office of the Prosecutor (Landelijk Parket) announced on 12 November 2016 that the Netherlands had extradited two Rwandan nationals to Rwanda, which suspects them of involvement in the 1994 genocide. The way for these extraditions was cleared by the Hague Court of Appeal, which on 5 July 2016 decided that extradition to Rwanda did not violate the suspects’ human rights (decision only available in Dutch). The decision confirms an international pattern of deference to Rwanda in extradition proceedings and of rejection of human rights challenges to extradition. It is to be applauded in that it takes account of the important strides which Rwanda has made with respect to due process protections in the criminal law. Giving the benefit of the doubt may pay important long-term dividends in terms of rule of law learning in a post-conflict state such as Rwanda.

In 2012 and 2013, Rwanda had requested the extradition of the two suspects, who were allegedly a leader of the genocidal Interahamwe militia and a political leader of an extremist Hutu party. After the Dutch Minister of Security and Justice honored the extradition requests in 2015, the suspects challenged this decision before a Dutch judge (voorzieningenrechter) on human rights grounds. In his decision of 27 November 2015, the judge partly accepted the suspects’ challenge and ruled that extradition to Rwanda would constitute a flagrant breach of the suspects’ fair trial rights under Article 6 of the European Convention on Human Rights (ECHR). In so deciding, the judge effectively blocked the suspects’ extradition. The decision was to a large extent informed by a critical report drafted earlier that year by M.R. Witteveen, a former Dutch prosecutor and international crimes judge for the Court of The Hague, as well as Dutch adviser to the National Public Prosecution Authority in Rwanda. Witteveen had voiced ‘deep concern on the status and quality of the defence attorneys acting for their clients in the genocide transfer cases’, noting that ‘none of the defence attorneys performed at a level that meets any international standard’.

The Dutch Government appealed the judge’s decision to the Hague Court of Appeal, essentially casting doubt on the accuracy of Witteveen’s report on which the first instance judge’s decision was based. In its 2016 judgement, the Court of Appeal followed the Government’s argument: it ruled that there was no real risk that extradition would lead to a flagrant violation of Article 6 ECHR, citing additional evidence offered by the Government. In particular, it held that the Rwandan system of designating a defense lawyer and the practice of Rwandan defense lawyers remaining silent during trial are not, as such, violations of Article 6 ECHR. Moreover, according to the Court, Rwandan courts could possibly force the Rwandan police to gather evidence à décharge, defense lawyers could carry out their own investigations and were allowed to criticize the Rwandan Government, and the (human rights-unfriendly) political situation in Rwanda need not have an impact on the fair trial rights of the suspects.

The Court’s well-argued decision in favor of extradition to Rwanda is not surprising. It is in line with recent case-law of international and national tribunals, which have similarly rejected human rights challenges to transfer and extradition to Rwanda. Before 2011, courts, not least the ICTR, were reluctant to extradite genocide suspects to Rwanda, citing serious due process concerns. Subsequently, in order to pave the way for extradition, Rwanda amended its substantive and procedural criminal law. These legal modifications paid off in 2011, when the ICTR, in the Uwinkindi case, decided for the first time to allow transfer of a suspect in its custody to Rwanda, on grounds of due process improvements. A month later, a Norwegian court relied on Uwinkindi in an extradition case. This approach was confirmed later that year by the European Court of Human Rights, which in Ahorugeze v Sweden decided that the extradition of a genocide suspect to Rwanda did not violate his rights under Articles 3 and 6 ECHR. In 2015, Uwinkindi attempted to have the transfer decision revoked on human rights grounds by the Mechanism for International Criminal Tribunals (which has succeeded the ICTR with respect to such decisions), but his request was rejected.

Accordingly, the Netherlands has simply followed existing international practice. It has not given too much weight to a critical report highlighting the discrepancies between the Rwandan law in the books and the law in practice. There may well be such discrepancies, but one should be aware that, in accordance with Ahorugeze, only flagrant violations of Article 6 ECHR qualify as impediments to extradition. Requiring flagrancy prevents that international cooperation in criminal matters, especially as regards serious international crimes, is undermined, and it guards against a too ready imposition of a European idiosyncratic conception of fair trial rights on others through the extradition legal review process, in some sort of a post-colonial replay of the civilizing mission. Requiring flagrancy signals trust and encourages rule of law learning in Rwanda: the rule of law can after all only be learned by practicing it. In addition, extraditing suspects comes with safety valves. As the Hague Court of Appeal pointed out, if the NGO monitors of the trials in Rwanda determine that the suspects patently do not receive a fair trial, Rwanda risks forfeiting future extraditions of genocide suspects.