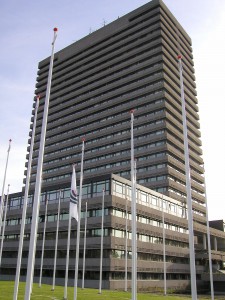 On 20 January 2017, the Dutch Supreme Court ruled that it had no jurisdiction over claims brought by two trade unions against the European Patent Organization (EPO), an international organization (partly) based in The Hague. The Court held that the organization enjoyed immunity from the jurisdiction of Dutch courts in accordance with the EPO Protocol on Privileges and Immunities. This judgment puts an end to a drawn-out and highly public case which threw the spotlight on the poor employment conditions in the EPO, including apparent restrictions of employees’ right to strike and to participate in EPO decision-making. The Supreme Court could be criticized for upholding the organization’s immunity in this case. However, from a systemic point of view, it is heartening that the Court affirmed the principle that conferring immunity from jurisdiction should not affect the very essence of a claimant’s right of access to justice, enshrined in Article 6 of the European Convention on Human Rights (ECHR). In future cases, claimants can continue to rely on Article 6 ECHR to challenge acts of international organizations before Dutch courts. As far as the EPO case is concerned, it is hoped that, even if the EPO’s immunity was upheld, the Dutch litigation serves as a wake-up call to push through important reforms within the organization.

From an accountability perspective, it is key that persons whose rights have allegedly been violated by an international organization have access to a remedial mechanism: before a domestic court, or alternatively before a dispute-settlement mechanism made available by the international organization itself, including an international labor tribunal. The European Court of Human Rights earlier held that in cases where such an alternative is reasonably available, states do not violate Article 6 ECHR when their domestic courts uphold the organization’s immunity. In the EPO case, the Dutch Supreme Court held that trade union representatives could access the International Labor Organization’s Administrative Tribunal (ILOAT) to contest the EPO’s practices and regulations on collective labor law, even if the trade unions themselves could not. As a result, according to the Court, the very essence of Article 6 ECHR was safeguarded, and the EPO was entitled to immunity.

Without wishing to claim specific expertise in labor law, it is open to contestation that a complaint filed by trade union employees constitutes a reasonable alternative to such a complaint being filed by the trade union itself. After all, trade unions have been given the right to litigate precisely to protect individual employees from possible retaliation by the employer. While union representatives typically enjoy more protection than regular employees, it is unbecoming that an individual’s name should be attached to a case that in fact concerns the employment conditions of all employees. This holds even if such a case, if brought by an individual trade union representative,  could potentially be successful (such is, at least according to the Supreme Court, the case before the ILOAT). For this reason, Dutch law provides for a direct right of action for trade unions. Dutch law is, however, not necessarily dispositive of the case, as one cannot simply subject international organizations to  Dutch law given their special status in international law. What instead is to be inquired is whether the offered alternative – in the case the individual representative rather than the trade union bringing the claim – is reasonable.

What is reasonable ultimately depends on one’s perspective. In the seminal case of Waite and Kennedy, the ECtHR limited itself to holding that ‘[f]or the Court, a material factor in determining whether granting [an international organization] immunity from [domestic] jurisdiction is permissible under the Convention is whether the applicants had available to them reasonable alternative means to protect effectively their rights under the Convention’ (paragraph 68). Dutch courts have interpreted this as not requiring protection that is identical to the protection normally offered by Article 6 ECHR, and have limited themselves to inquiring whether the ‘very essence’ of the right has not been compromised (see also a 2014 judgment of the Hague Court of Appeal). In light of the autonomy of the international organization, the attendant need to protect the organization from undue interference by states, and the fact that international organizations are not parties to the ECHR, this more ‘relaxed’ review standard may be understandable (see also the recent report of the Dutch Advisory Commission on Public International Law – CAVV). Still, there is no definition of ‘the essence’ of Article 6, and perhaps one cannot even give a definition in the abstract: whether the core protections of Article 6 are undermined eventually depends on the particular facts and procedures at stake in a given case. Moreover, this was the first time that a collective labor case was brought against an international organization before a domestic court, so the Supreme Court had no precedent to rely on. Accordingly, it may not be entirely unreasonable for the Court to consider alternative offered in the case to be reasonable.

For that matter, in an attempt to further define the very essence of Article 6, some Dutch court practice and doctrine  has interpreted the ‘very essence’ of Article 6 ECHR in light of whether the remedy available to the litigant is so flawed as to be ‘manifestly deficient’ (see, e.g., the 2015 Hague Court of Appeal judgment in the EPO case and the CAVV report, at p. 19). This manifest deficiency standard risks seriously eroding the protection offered by Article 6 ECHR, as it allows prima facie deficient procedures at the level of the international organization to pass muster. In an earlier publication, I have criticized this tendency, inter alia on the ground that the manifest deficiency standard was actually devised by the European Court of Human Rights for member state responsibility cases and not for immunity cases. I was glad to see in the EPO case before the Supreme Court Advocate General Vlas followed my argument and, in his opinion, rejected manifest deficiency as the applicable review standard. The Supreme Court has confirmed the standard, however (paragraphs 5.1, 5.10). Ultimately, though, whether or not the ‘very essence of Article 6 ECHR’ is interpreted in light of the manifest deficiency standard or another standard may just be a semantic question. After all, both the Advocate General and the Supreme Court, while using apparently different review standards, came to the same conclusion: the trade unions had a reasonable alternative means of legal protection at their disposal. Both should be credited for carrying out a rather serious review of whether a reasonable alternative was available to litigants, even if some doubts could be raised as to the reasonableness of the alternative identified by the Supreme Court (a right of action against the international organization for union representatives instead of the unions themselves).

In conclusion, in the EPO case the Supreme Court has affirmed that the principle that international organizations’ immunity from jurisdiction is not absolute. On human rights grounds, organizations are only entitled to immunity when they offer an alternative remedy to the litigant. While in the case such an alternative was held to exist, the principle does not give illusory protection. That litigants can sometimes invoke Article 6 ECHR successfully is illustrated by a recent decision of the District Court of Maastricht rendered just three weeks after the Supreme Court’s judgment. In that case, the Court rejected the immunity of two NATO divisions on the ground that a working group composed entirely of NATO representatives was not an adequate alternative remedy. Returning to the particulars of the EPO case finally, one is left to wonder whether the EPO has really been victorious in this case. Even if the Court has granted immunity to it, the negative publicity this court case has generated, has increased calls for reorganization and accountability of the EPO, notably by the Dutch Secretary for Economic Affairs.  However, for real change to take place within the EPO, other member States will have to assume their responsibility too.