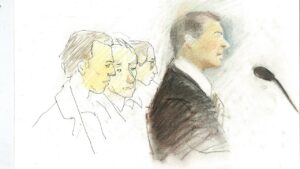 Universal jurisdiction is a tool to provide accountability for international crimes, such as war crimes, genocide, crimes against humanity and torture. As these crimes shock the conscience of mankind, the universality principle allows any state to bring to justice perpetrators of such crimes, regardless of the place where the crimes were committed or the nationality of the presumed offender or victim. While many states formally provide for universal jurisdiction in their criminal codes, they do not often exercise it. And when they do so, they tend to be motivated by national interests rather than international community interests (see Ryngaert 2019, Kontorovich 2019 and Mégret 2015 for scholarly observations).

In recent years, Germany has been particularly active in exercising universal jurisdiction over international crimes committed during the armed conflict in Syria by members of non-State armed groups as well as former members of the Syrian government. In April 2020, the first trial in the world dealing with State torture allegedly committed by two former members of the Syrian intelligence services, Anwar R. and Eyad A., started before the Higher Regional Court in Koblenz in Germany. This trial is known as the Al-Khatib trial. Both defendants are charged with crimes against humanity, including torture. On 24 February 2021, Eyad A. was sentenced to four and a half years imprisonment for aiding and abetting crimes against humanity in thirty cases. The trial against Anwar R. is still ongoing. In this blogpost, we examine the incentives behind Germany’s exercise of universal jurisdiction in the Al-Khatib case. We argue that four factors played a role in the German prosecutor’s decision to initiate proceedings: (1) the desire not to become a safe haven for international criminals; (2) the fact that prosecuting the suspects came with low political costs; (3) the presence of a strong Syrian diaspora in Germany; and (4) the viability of the trial in Germany.

In the literature, it has been argued that states exercise universal jurisdiction to deter possible perpetrators of international crimes from migrating to these states, and to avoid becoming a safe haven for perpetrators of international crimes (see Kontorovich 2019 and Langer 2015). In practice, indeed, states do not act as ‘global enforcers’ who exercise universal jurisdiction over all potential offenders wherever they may be located, but only over suspects who have found refuge on their territory.

Germany is, at first sight, an outlier in this respect, as it does as such not require the presence of the suspect on German territory for the exercise of universal jurisdiction (see Section 1 of the German Code of Crimes Against International Law (CCAIL) in conjunction with Section 152(2) and 153(f) of the German Code of Criminal Procedure (CCP)). German prosecutors are allowed to investigate and prosecute international crimes wherever they are committed. However, most prosecutions concern foreign suspects who are already on German soil, because German law legally obliges prosecutors to initiate proceedings as soon as a suspect is present in Germany. Also the Al-Khatib trial was triggered by the territorial presence of the suspects, who were arrested in Germany in February 2019. This territorial presence requirement points to a national interest of Germany in not becoming a safe haven for perpetrators of international crimes. In its closing statement in the Al-Khatib trial, the German prosecutor  explicitly stated that Germany cannot be a refuge for people who have committed crimes under international law (see trial update European Center for Constitutional and Human Rights (ECCHR)).

However, the safe haven argument alone does not sufficiently explain what motivates Germany to exercise universal jurisdiction in the Al-Khatib trial. On the one hand, there are cases in which German prosecutors have exercised universal jurisdiction while the suspect was not on German territory. For instance, in June 2018, Germany issued an arrest warrant for Jamil Hassan, the former head of the Syrian Air Force Intelligence, who was still in Syria. On the other hand, even if they are obliged to exercise jurisdiction in case the suspect is present in Germany, German prosecutors have sometimes declined to exercise universal jurisdiction in such situations. These cases involved, for instance, the former United States Secretary of Defense Donald Rumsfeld and the former Uzbek Minister of Internal Affairs Zokirjon Almatov. The prosecutor’s decision not to investigate and prosecute in these cases was met with criticism by legal scholars (see, for instance, Gallagher 2009 and Zappalà 2006).

What may have played a role in these aforementioned decisions not to prosecute is that both Rumsfeld and Almatov were high-ranking foreign state officials. Scholars have earlier observed that states tend to limit their exercise of universal jurisdiction to low-cost defendants whose prosecution does not cause political tensions between the prosecuting state and the state of the nationality of the alleged perpetrator (see Kontorovich 2019 and Langer 2017). As to Germany’s motivations to exercise universal jurisdiction in the Al-Khatib trial, Lina Schmitz-Buhl, Mercator fellow specialized in international criminal law, emphasized in a personal interview with us that the Al-Khatib trial is a politically uncontroversial case: it does not involve a German ally and involves only low-cost defendants. For the same reason, it is politically innocuous for Germany to prosecute suspects from Islamic State, Rwanda, the Democratic Republic of the Congo, and Afghanistan (see Trial International’s Universal Jurisdiction Database). Thus, diplomatic considerations may play a major role in German prosecutors’ decisions as to whether or not to exercise universal jurisdiction.

A third factor which scholars have identified as playing a role in decisions on pursuing universal jurisdiction cases is the presence of an active diaspora in the prosecuting state (see Mégret 2015, Langer and Eason 2019 and Hovell 2018). In line with this finding, it seems that the Syrian victim diaspora in Germany played an important role in pressing for the Al-Khatib trial. As the ECCHR notes, ‘the trial in Koblenz is also the result of a series of criminal complaints regarding torture in Syria, which ECCHR and nearly 100 Syrian torture survivors, relatives, activists and lawyers filed since 2016 in Germany, Austria, Sweden and Norway’. Similarly, Andreas Schüller, who works for the ECCHR, stressed that the German prosecutor’s decision to start the case was informed by the fact that many Syrians live in Germany, and by the many complaints which were filed by civil society organizations and Syrian survivors. The importance of the Syrian victim diaspora has also been stressed by Wolfgang Kaleck, general secretary of the ECCHR, who stated as follows:  ‘There is an important Syrian exiled community here and it plays a role. The main criticism of universal jurisdiction, which questions the legitimacy of a third country to judge acts to which it has no connection, does not apply here. When a country hosts more than 700,000 refugees, many of whom experienced violence and especially torture, there is a certain closeness that enables the prosecutor to launch proceedings.’ Arguably, German authorities have a moral responsibility to prosecute crimes committed in Syria, because there are so many Syrian refugees now living in Germany.

The fourth and final factor that played a role in the German prosecutor’s decision to start proceedings in the Al-Khatib case was the prospect of a successful trial, as was intimated to us by Fritz Streiff, a human rights lawyer and founder of the podcast Branch 251 on the Al-Khatib trial. Streiff emphasized that the defendants were not only present on German territory, but there was also a lot of evidence, for instance in the form of witness statements, and there were sufficient bureaucratic resources to conduct the investigations and the trial.