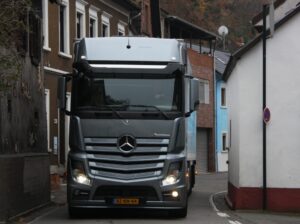 In 2016, the European Commission decided that 15 European truck manufacturers, including Daimler, had participated in an illegal cartel. A Spanish transport company Sumal subsequently brought an action for damages before a Spanish national court seeking to obtain damages from Mercedes Benz Trucks España because of the infringement by Daimler, the parent company of Mercedes Benz Trucks España. In October 2021, the European Court of Justice (ECJ) ruled on prejudicial questions referred to it by the Spanish court of appeal, clarifying the concepts of ‘undertaking’ and ‘economic unit’. In this blog, I examine this ruling and argue that it expands the reach of private enforcement in competition law cases, and that the reasoning of the ECJ can affect liability issues in other areas of law.

Some central provisions of European competition law are laid down in Articles 101 and 102 of the Treaty on the Functioning of the European Union (TFEU). Most prominent is Article 101 TFEU, forbidding all agreements between undertakings that interfere with market competition. The European Committee and national antitrust bodies enforce competition law by adopting decisions and addressing fines. This is called the public enforcement of competition law.

In Courage/Crehan, the ECJ effectively established the ‘private enforcement’ side of competition law. Firstly, the ECJ ruled that in order to reach full effectiveness, article 101 TFEU has direct legal effect in relations between individuals, and creates individual rights. Secondly, because of this full effectiveness, any individual should be able to ‘claim damages for loss caused to him by a contract or by conduct liable to restrict or distort competition’. It is up to national courts to ensure that the EU-rules take full effect and to protect the rights of individuals including seeking compensation for loss. Private enforcement is now considered an significant counterpart of the public enforcement of EU competition rules, to prevent undertakings from escaping civil liability, and laid down in a specific Directive.

Because European competition law does not govern all the aspects of private enforcement, each Member State can apply its national rules, for example rules governing the right to claim compensation for damages. These national rules are not allowed to be less favorable than those governing similar domestic actions (principle of equivalence) and should not make it impossible or excessively difficult to exercise rights conferred by EU law (principle of effectiveness) in practice.

The ECJ has gradually expanded the right to compensation in civil liability cases concerning violations of competition law. For example, national courts cannot take a decision that runs counter to the decision of the Commission that an infringement has occurred (Masterfoods). Furthermore, any person is entitled to claim compensation for the harm suffered if there is a causal relationship between that harm and an agreement or practice prohibited under article 101 TFEU. This compensation should not only be given for direct loss, but for all loss with a causal connection to the infringement, and also for loss of profit plus interest (Manfredi).

In its more recent Skanska judgment, the ECJ defined the entity that is required to provide this compensation as the ‘undertaking’. The concept of an ‘undertaking’ within the meaning of article 101 TFEU is an autonomous concept of EU law, that covers ‘any entity engaged in an economic activity, irrespective of its legal status and the way in which it is financed’. This concept was already used by the Commission when engaged in public enforcement, but in Skanksa the ECJ also applied it to private enforcement.

The ECJ thus broadened the concept of ‘undertaking’ in the realm of competition law, but also created implications for liability law. One of the foundational principles in corporate law is the separation of corporate identity between companies, even when they are related. Most EU Member States already recognized the possibility of ‘piercing the corporate veil’ between parent-companies and their subsidiaries, but only in very serious cases that are not only concerned with pure economic loss. Likewise, EU competition law was based on the principle of the personal responsibility of the economic entity which has committed the infringement. Only in specific cases could the conduct of one company also be imputed to another company: for example, when a parent company is part of the same economic unit and exercises a ‘decisive influence’ over its subsidiary that was held liable for an infringement. When this ‘decisive influence’ criterion was met, the parent company can also be regarded as jointly liable, even if it does not participate directly in the infringement (Akzo Nobel).

After Skanska, it was debated what effect the relatively light ‘economic unit’-criterion for identifying liable undertakings was supposed to have in other competition law infringement cases and – especially – in civil liability cases. For example, the Dutch court of first instance assumed this criterion only applied under the specific conditions of Skanska. This case concerned a competition law infringement detected in 2014 by the European Commission, in which European, Japanese and Korean power cable companies allocated territories and consumers in the Middle East. Claimants before the Dutch civil court were utility companies from the Middle East who had suffered damages because they purchased cables and services from members of this Power Cable Cartel. The defendants were (indirect) sister and subsidiary companies of the members of the Power Cable Cartel. With regard to these defendants, the Commission did not discuss or establish direct or indirect participation in the cartel. Based on the ruling in Skanska, claimants argued that the Dutch court could hold the defendants liable because they were subsidiaries of the infringing undertakings and part of the same ‘economic unit’. The Dutch court did not follow this argument, considering the judgment in Skanska was limited to the facts in that specific case and reverted back to the ‘decivise influence’ test of Akzo Nobel. The court thus found that the Dutch power cable companies did not have ‘decisive influence’ over any companies in the Power Cable Cartel (nor did they themselves involve in the infringement).

This reasoning of the Dutch court proved to be incorrect. In the case of Sumal in 2021, the ECJ stated that ‘EU competition law, in targeting the activities of undertakings, enshrines as the decisive criterion the existence of unity of conduct on the market’. Because of this criterion, ‘the concept of an “undertaking” and, through it, that of “economic unit” automatically entail the application of joint and several liability amongst the entities of which the economic unit is made up’. Furthermore, ‘in the context of an action for damages based on an infringement of Article 101 TFEU found by the Commission in a decision, a legal entity which is not designated in that decision as having committed the infringement of competition law may nevertheless be held liable on that basis due to conduct amounting to an infringement committed by another legal entity, where those two entities both form part of the same economic unit and thus constitute an undertaking which is the perpetrator of the infringement within the meaning of that Article 101 TFEU’.

Thus, the victim of an anticompetitive practice may bring action for damages against the parent company or a subsidiary of the (parent) company, when these undertakings belong to the same ‘economic unit’. For this civil liability based on being an economic unit, the victim has to show economic, organizational and legal links between the undertakings, and a link between the economic activity of the subsidiary and the subject matter of the infringement for which the parent company was held to be responsible. Of course, the right to an effective remedy and the right to a fair trial (Article 47 EU Fundamental Rights Charter) have to be respected: the subsidiary company must be able to refute its liability for the harm alleged. It can do so by relying on the ground(s) it could have raised in proceedings brought by the Commission against the parent company.

It is settled case-law that the rulings of the ECJ clarify and define ‘the meaning and scope of that rule as it must be or ought to have been understood and applied from the time of its entry into force’ (Nelson TUI). Therefore, the Sumal-ruling is applicable to all cases concerning Article 101 TFEU,  including the case brought before the Dutch court. It would be interesting to see how this ruling will be applied on appeal in that case.

Moreover, the reasoning in Sumal shows the ECJ does not shy away from interpreting EU-law in an extensive way. Similar reasoning could open the door towards liability of companies for the actions of their parents or subsidiaries in other cases, such as the violation of human rights by companies as stated in the proposed Directive on Corporate Sustainability Due Diligence. In Skanska, the ECJ defines ‘undertaking’ as being an autonomous concept of EU law, and in Sumal the decisive criterion for liability of an undertaking is the existence of unity of conduct on the market. With this new EU-concept of ‘economic unit’, the civil liability for companies is extended, in competition law and perhaps beyond.