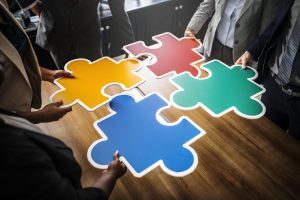 On 19 July 2018, the Permanent Mission of Ecuador to the United Nations released a zero draft on a legally binding instrument (LBI) – a treaty in fact – on business and human rights. This zero draft will serve as the basis for negotiations during the fourth session of an ‘Open-Ended Intergovernmental Working Group’ which will take place in Geneva between 15 and 19 October 2018. Quite a number of other posts (including Lopez in Opinio Juris and Cassel in Letters Blogatory) have been published in the wake of the release of the zero draft. None of them focuses specifically on the question of jurisdiction, however. This is remarkable, as it is difficult to escape the presence of the concept of jurisdiction in the LBI. While only one article of the LBI is specifically titled ‘jurisdiction’ (Article 5, which deals with adjudicatory jurisdiction), the term ‘jurisdiction’ also features in five other articles of the LBI. That jurisdiction is so pervasive throughout the LBI is mainly because it is such a multifaceted notion. For different lawyers, it may mean different things. The treaty would benefit from some clarity on the matter, in particular regarding the linkages between the different understandings of jurisdiction. In this post, I make some suggestions in this regard.

For private international lawyers, jurisdiction typically means adjudicatory jurisdiction: in what court (forum) can the victim of a corporate abuse sue the corporation? That is what Article 5 LBI is about. Pursuant to that provision, a victim can, and should be allowed to sue where the harm occurred, or where the corporation is domiciled. These principles seem to be inspired by the EU Brussels Regulation (2012, recast), which provides in its Article 4 for domicile-based jurisdiction and in Article 7(2) for territorial tort-based jurisdiction. However, whereas Article 63 of the EU Brussels Regulation considers a company to be domiciled (only) at the place where it has its statutory seat, central administration, or principal place of business, Article 5 LBI considers a person to be domiciled not only where it has its statutory or central administration, but also where it has a ‘substantial business interest’, or where it has a ‘subsidiary, agency, instrumentality, branch, representative office or the like’. The latter jurisdictional grounds appear to amalgamate the US ‘minimum contacts’ doctrine for personal jurisdiction, as espoused by the US Supreme Court in International Shoe v Washington, and the rule, as it features in Article 7(5) of the Brussels Regulation, that a person domiciled in a Member State may be sued in another Member State ‘as regards a dispute arising out of the operations of a branch, agency or other establishment, in the courts for the place where the branch, agency or other establishment is situated’. It is of note, however, that personal jurisdiction has recently been narrowed in the US: in Goodyear Dunlop, the US Supreme Court required that the company be ‘essentially at home in the US’. The EU rules regarding subsidiaries and the like, for their part, have a rather narrow scope of application, as they require that the lawsuit regards a dispute arising out of the operations of these entities. Accordingly, Article 5 LBI seems to be overbroad, as, in essence it allows, and even compels a forum state to exercise jurisdiction over a foreign corporation as soon as that corporation has some presence in the forum state, regardless of the involvement of that corporate entity in the alleged human rights abuse.

At the same time, it is somewhat of a missed opportunity that the LBI does not refer to more accepted, although still innovative jurisdictional grounds that allow for access to a remedy in civil matters, such as the doctrines of connected claims and forum of necessity. These doctrines do feature in a submission of the International Commission of Jurists to the aforementioned Working Group (2016: 31). Under the connected claims doctrine, if a claim against a foreign subsidiary of a domestically incorporated parent is connected to the claim against the parent (‘basically the same claim’), there is also jurisdiction over the foreign subsidiary. This doctrine was relied on in the ongoing Akpan v Shell litigation in the Netherlands. Under forum of necessity, if a victim risks a denial of justice abroad, any other state may claim jurisdiction, perhaps provided that there is some link with that state, such as the presence of the victim. Together with Lucas Roorda, I have earlier highlighted the potential of this doctrine in the business and human rights field.

For criminal lawyers, jurisdiction is about whether the state, via its prosecutors, can initiate criminal proceedings against transnational business actors. References to criminal jurisdiction could be found in Article 10 LBI. That provision is, formally speaking, about legal liability, including criminal liability. Before business actors can be held liable, however, states need to have jurisdiction. In this respect, Article 10(11) LBI provides: ‘Where applicable under international law, States shall incorporate or otherwise implement within their domestic law appropriate provisions for universal jurisdiction over human rights violations that amount to crimes.’ It remains unclear how universal jurisdiction can be established over a corporation. But more importantly, universal jurisdiction is a jurisdictional sideshow in the business and human rights debate. The treaty drafters should rather focus on the potential of the widely accepted jurisdictional principles of territoriality and nationality. I have elaborated on this potential in a Dutch criminal law context in a recent publication in Criminal Law Forum. The drafters may also want to consult a recent resolution of the Association Internationale de Droit Pénal on the matter. That being said, it is laudable that the treaty does refer to the criminal law, which has so far been underused in the business and human rights field.

For public international lawyers then, jurisdiction has traditionally pertained to limitations to the domestic exercise of jurisdiction over ‘extraterritorial’ events in which other states have an interest too. This concern with jurisdictional overlap and overreach is reflected in Article 13(1) LBI. This provision requires States Parties, when carrying out their obligations, to respect ‘the principles of sovereign equality and territorial integrity of States and that of non-intervention in the domestic affairs of other States.’ This is a savings clause, but it is unclear what it means in practical terms. The public international law concept of jurisdiction is also reflected in Article 13(2) LBI, which reminds States Parties of the prohibition of enforcement jurisdiction: states cannot take measures on the territory of another state without their consent. Intricate mutual legal assistance provisions laid down in Article 11 LBI should make sure, however, that states properly cooperate with each other in providing accountability for corporate human rights abuses, thereby obviating the need to take enforcement measures on the territory of uncooperative states.

For a human rights lawyer interested in jurisdictional principles, the main question is whether a foreign individual, a victim of corporate abuse, falls within the jurisdiction of a state which has some link with the abuse or the abuser (tortfeasor). In the business and human rights field, this is a very complicated and controversial question, as the victims’ rights are not normally directly violated by the state itself, but rather by a business actor. Accordingly, one has to establish that there is not only a link between the corporation and the victim, but also between the state and the corporation. If both links are present, indirectly, there is a link between the state and the victim, which creates human rights obligations between the former and the latter. The LBI solves this problem in Article 9 (titled ‘Prevention’) as follows: ‘State Parties shall ensure in their domestic legislation that all persons with business activities of transnational character within such State Parties’ territory or otherwise under their jurisdiction or control shall undertake due diligence obligations throughout such business activities’. Interestingly, this article does not conceive of a victim falling within the jurisdiction of the state – the classic approach – but the tortfeasor, i.e., the corporation, falling within the jurisdiction of the state. This is a departure from the UN Guiding Principles, which provides in its very first principle that ‘States must protect against human rights abuse within their territory and/or jurisdiction by third parties, including business enterprises.’ Thus, the UN Guiding Principles refer to abuses committed within their jurisdiction, not to corporations within their jurisdiction.

The LBI does not define what a corporation falling within the jurisdiction of the state exactly is. Arguably, the drafters had in mind the principle of home state regulation, by virtue of which a corporation’s home state is under an obligation to regulate that corporation’s activities, wherever they may occur. A corporation could be considered at home where it is incorporated, or at least domiciled, in the sense of Article 5(2) LBI on adjudicatory jurisdiction.

It bears emphasis that, unlike the LBI, the Guiding Principles did not consider home state regulation to be an international legal obligation. The relevant Article 2 of the Guiding Principles limits itself to stating that ‘States should set out clearly the expectation that all business enterprises domiciled in their territory and/or jurisdiction respect human rights throughout their operations’ (emphasis added). The LBI elevates this soft expectation to a hard legal duty. This is in line with the Maastricht Principles on Extraterritorial Obligations (2011), as well as practice of the UN treaty monitoring bodies, most recently the Committee on Economic, Social, and Cultural Rights in General Comment No. 24 (2017, para. 30). This General Comment also refers to due diligence obligations as a means of operationalizing the state duty to protect (para. 33). This has been codified in Article 9 LBI, which also lists specific measures to be taken, such as conducting reporting and impact assessments. The article also seems to be inspired by recent state practice, such as the adoption of a French law on the corporate duty of vigilance, which provides for mandatory due diligence backed up by legal liability.

The shift from soft to hard extraterritorial obligations is commendable, but the negotiators may want to spend some further thought on the exact nature and scope of such obligations. In this context, the negotiators may want to consider whether, if, per Article 9 LBI, states are indeed required to ensure that all persons under their jurisdiction ‘shall undertake due diligence obligations’ (sic), that would also mean that states automatically have jurisdiction to hold such persons liable, under criminal or civil law, for due diligence failures. This will require a clarification of the relationship between extraterritorial human rights obligations and the concept of state jurisdiction, which has traditionally shunned extraterritoriality.