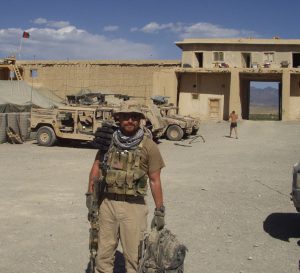 The reader will probably know that the increased reliance of PMSCs in the military and security field has been well-documented, and has certainly not gone unopposed. The use of PMSCs has been criticized on the ground that PMSCs may assume core governmental functions, such as conducting military operations and intelligence-gathering, prompting calls to restrict the tasks that governments could outsource to PMSCs. At the same time, incidents involving trigger-happy PMSC employees in Iraq and Afghanistan have foregrounded the under-regulation of the industry, giving rise to increased engagement of law and regulation with the PMSC sector. Criminal prosecutions have been initiated, but also codes of conduct involving multiple stakeholders have been adopted, such as the International Code of Conduct , which require, inter alia, respect of human rights and humanitarian law.

It is Leunis’s view that this emphasis on legal accountability and regulatory governance has eclipsed the democratic accountability of the use of PMSCs. Instead, he advocates renewed engagement with the political dimension of reliance on PMSCs. More in particular, he suggests increased democratic control over, and citizen participation in the design of a security architecture that also involves a variety of private security providers, the deployment of which may undermine strategic democratic choices on how to conduct integrated, out-of-area military operations. He gives a pointed critique of the existing legal responses to the PMSC governance problem, observing that these responses are limited to remedying market failures and only safeguard the negative rights of individuals (e.g., the right to physical integrity) affected by PMSCs’ activity. Instead, he draws attention to citizens’ positive rights to participate in political governance, in the case in ‘deliberations on the goal-setting of PMSC activity’. This is not to say that law and regulation should not tackle the externalities of PMSC activity – they should, in more encompassing ways – but it cannot end there. Instead, stakeholders and affected parties – citizens in the broad sense – should be involved a priori in security governance arrangements. According to Leunis, this would provide sufficient input (democratic) legitimacy and would not leave the choice to rely on PMSCs in the war effort just to market forces, a threat that is brought into even starker relief where non-state actors, such a corporations or NGOs, enter into contracts with PMSCs .

It does not become fully clear in the thesis what demos the author has exactly in mind in this respect. In keeping with classic theories of democratic control over the armed forces, this would foremost be the state whose military hires PMSCs to perform certain tasks. It does not seem, however, that the author necessarily seeks to strengthen the supervisory role of the legislature in the (typically Western) hiring state. Instead, the emphasis lies on involving citizens in the conflict areas where PMSCs actually operate and where they can wreak havoc. Thus, Leunis’s thesis is a plea for participation of the local population in PMSC-based strategic security planning. In this context, Leunis gives some forceful examples of how the absence of local citizens’ voices in security planning has led to undesirable situations. In Afghanistan, for instance, PMSCs have crowded out public security forces, as PMSCs offer more gainful employment that state security forces. The emphasis on private security has in turn led in turn to a deteriorating overall public security situation, as the recent gains of the Taliban have demonstrated. Moreover, in many conflict areas, there is an absence of transparency and coordination as to various actors’ use of PMSCs. This frustrates efforts to more holistically tackle security challenges and to effectively contribute to state-building. The lamentable situation in South Sudan – where a variety of PMSCs, also contracted by private actors, are active – is a case in point.

To remedy the existing political deficit of reliance on PMSCs, Leunis suggests opening up the International Code of Conduct, a global initiative on the regulation of PMSCs, to more stakeholders and affected parties. However, to tackle local security governance problems arising from PMSC use, more tailor-made solutions will be necessary. Apart from emphasizing, in the abstract, the enhancement of ‘throughput legitimacy’ (understood as the ‘efficacy, accountability, openness and inclusiveness of the governance processes’), Leunis refrains from giving specific suggestions as to what such ‘democratic’ solutions should look like, although he assumes that lessons can be learned from existing global governance and multi-stakeholder initiatives. How exactly local citizens in the line of fire should be involved in the design of security arrangements, remains to be further researched. Nevertheless, it goes to Jelle Leunis’s credit that he has highlighted the limitations of the legal accountability paradigm of PMSC governance, and instead has drawn attention to the weak political legitimacy of the use of PMSCs. As it is likely that clients, both state and non-state, will continue to rely on PMSCs in the foreseeable future, viable, inclusive security governance arrangements urgently need to be developed.