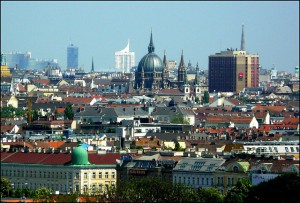 The settlement of personal injury claims after an accident can be difficult, can be complicated and can take a long, long time. Furthermore, procedures in general tend to be inefficient, and often fail to resolve all the underlying conflicts. We, the Dutch, are searching for new and better ways of dealing with claims, especially with personal injury claims. In fact, we are currently in the process of a judicial reform, aiming to make access to the courts easier and faster. We have evaluated our neat new partial dispute procedure, helping the parties to resolve their disputes out of court. The Dutch Ministry of Justice has proposed a draft bill on the redress of mass damages in a collective action. Last but not least, the legitimacy of working on the basis of the “no cure no pay” principle in personal injury cases is introduced by a pilot project. These four developments share the same goal of a more effective and efficient redress.

An annual Conference on European Tort Law (http://www.ectil.org) is held each year in Vienna in the week after Easter. Organized by the European Centre of Tort and Insurance Law (ECTIL) and the Institute for European Tort Law of the Austrian Academy of Sciences and the University of Graz (ETL) it focuses on the most significant developments of the past year in the field of tort law in Europe. Experts from across the continent present the highlights from their contributions to the Yearbooks European Tort Law which are published yearly. UCALL members Jessy Emaus and myself, represent the Netherlands. At the 14th Annual Conference on European Tort Law in April 2015 while addressing court practice and legislation in the area of tort law in 2014 in 30 jurisdictions, I promoted the Netherlands as a frontrunner in the process of judicial and procedural reform accelerating the settlement of cases. As far as I am concerned, the year 2014 will go into the ECTIL Yearbook entitled: “Dutch experiences with accelerating the settlement of (personal injury) cases.”

Why? Well first of all, 2014 has proven to be an important year for the so-called partial dispute procedure, a procedure aimed at accelerating the settlement of personal injury cases. This procedure, introduced in 2010, was formally evaluated in 2014 at the request of the Ministry of Justice (tk-rapport-wodc-wet-deelgeschilprocedure). Also in 2014, the Dutch Supreme Court rendered its first decision in a partial dispute procedure, confirming the main goal of the partial dispute court being to support the rapid settlement of personal injury cases (HR 18 April 2014, RvdW 2014/599). I will demonstrate hereafter that these developments fit well within the more general and even more ambitious plans to make access to the courts more efficient and effective. The need to strive for more effective redress is also apparent in the draft bill on a collective damages action, proposed by the ministry of justice, aiming to make it easier for individuals to jointly initiate legal proceedings to claim damages (wetsvoorstel 29414 wet collectieve afwikkeling). And then, the last new development facilitating access to justice that I want to briefly report, is the 2014 pilot project allowing lawyers to work on a “no cure no pay” principle in personal injury cases.

Quick overview of the judicial reform

Since 2002, a range of reforms has been carried through and further reform is underway. The start was the change of the governance structure. Subsequent reforms ranged from the introduction of a new funding system to the revision of the judicial map. The next step is the further simplification, the acceleration and digitalization of procedures in all areas of the law. A very ambitious Quality and Innovation Programme (in Dutch: KEI) has been developed to unify, simplify, speed up and digitalize procedures. (Zie: programma-kwaliteit-en-innovatie-rechtspraak-kei). Judges will be empowered to employ much stricter case management. Once the changes have been realised, a standard civil procedure (with an oral hearing) will take no longer than five and a half months. So this will accelerate the settlement of cases.

Such acceleration has already been targeted in personal injury cases from a different approach. I refer to the Subproceedings in Personal Injury and Loss of Dependency Claims Act, which entered into force in 2010 and introduced the so-called partial dispute court. It concerns a unique Dutch procedure, or better: sub-proceeding. In a nutshell: either party in a personal injury case can request the court to intervene in a specific issue that appears to be an obstacle to resolving their dispute out of court. The court will only intervene if such an intervention can positively affect the out-of-court settlement of the entire dispute. To ensure access for the victim, all the costs of the partial dispute procedure are in principle to be borne by the person held liable.

We, the Dutch, are unique in this respect: no other legal system provides for a partial dispute court. To find out whether this relatively new procedure is effective and if the area of application can be expanded, a report on the effects of this act in practice was issued last year (M. Wesselink, Deeltjesversneller in het recht? WODC 2014). We learned that the procedure is indeed effective, in the sense that the procedure is used rather frequently in practice and that this procedure does have accelerating effects due to the improved balance of power and due to active guidance and case management by the judges.

For many years now, the Netherlands has been a frontrunner in the debate on collective redress. Collective litigation before the courts has already been possible in the Netherlands since the 1994 Act on Collective Actions. A foundation or association whose objective it is to protect specific interests, may instigate a claim that intends to protect similar interests of other persons. However, such a collective claim cannot be filed to obtain compensatory damages and one can only request an injunction or a declaratory judgment. Claiming monetary damages is prohibited under this Act.

Therefore, if plaintiffs are seeking monetary compensation, the collective action – for example establishing fault – should either be followed by individual claims to compensate on a case-by-case basis or by a settlement between all the parties. That brings us to the 2005 Collective Settlement Act, shortly WCAM.

This Act enables the alleged wrongdoer and the representative foundation representing the victims, if they have reached an out-of-court settlement, to request the Amsterdam Court of Appeal to declare this settlement binding for all potential claimants on an opt-out-basis. It resembles a class action settlement, as is known in the United States, but an important difference is that under Dutch law it is not possible to force an unwilling wrongdoer into such a procedure. First a settlement should be reached out of court on a voluntary basis, then the parties to the settlement can come to the Amsterdam court and seek approval. If the court approves, it declares the settlement binding for all to whom it concerns. The voluntary basis implies that an unwilling alleged wrongdoer can neither be subjected to a collective claim for damages and neither be forced into a WCAM procedure.

This lacuna may be filled in the near future. The draft reform proposes to remove the prohibition on collectively claiming monetary damages (wetsvoorstel 29414 wet collectieve afwikkeling). The collective damages action as proposed by the Dutch Ministry of Justice is a mechanism that could actually force a liable person to collectively redress a mass damages claim. The draft bill, currently debated and not without criticism I might add, still has a long way to go.

This topic will certainly return in the following Dutch reports in the ECTIL yearbooks. But before ending this 2014 Dutch tale, I will briefly elaborate on the last present-day development in accelerating the settlement of personal injury cases.

No cure no pay in personal injury pilot project

As from January 1st 2014, an experimental pilot project started allowing lawyers to work on a “no cure no pay” principle in personal injury cases. Generally Dutch lawyers are prohibited from making their fees dependent on the outcome of the case, but an exception is now made for personal injury lawyers during the trial period running for five years. They are, experimentally, permitted to take on an injury or loss of dependency case on the basis of the “no cure no pay” principle.

As an experiment this new approach deserves a chance. Maybe it will speed up easier access to justice, just as the other developments I have reported may do. Only time will tell. Jessy Emaus or myself will probably report back to the participators of the ECTIL conferences (and hopefully to you while attending the annual conferences) in years to come.