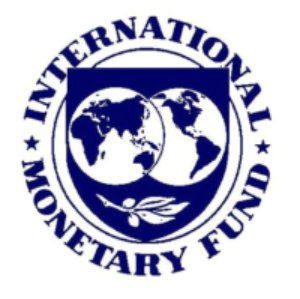 The main thrust of the thesis is that, when states become members of international organizations, they do not take leave of their international obligations. Instead, they should ‘manage’ the exercise of authority by these organizations, and prevent violations of the law from occurring. Sofia argues more specifically th at member states, when participating in  the organization’s decision-making organs, do not (just) represent the international organization, but also, and possibly foremost, themselves. Their voting or decision-making behavior is often informed by national preferences, and member state representatives receive instructions from national governments. This autonomous action within institutional settings may be attributable to the member states (Sofia and I have explained this at length in an earlier publication in the International Organizations Law Review), which in turn could engage their international responsibility in case internationally wrongful conduct ensues, or at least a risk is created of injury materializing. The member state could prevent its conduct from being labelled as wrongful by putting in place adequate due diligence mechanisms. It could do so by taking the necessary precautions to ensure, based on the information available to it, that its action within relevant institutional settings will not give rise to wrongful activity by the international organization. A proper exercise of due diligence may then result in the member state blocking the adoption of an organizational decision the implementation of which is likely to give rise to human rights violations.

In more practical terms, Sofia analyzes the activity of Executive Directors, who, appointed by member states, partake in crucial decision-making in the Board of the International Monetary Fund and the World Bank. The Board of Executive Directors takes decisions regarding project loans to member states, and it is? not excluded that these loans are used for projects during the implementation of which human rights violations occur. Think, for instance, of a World Bank project loan for the construction of a dam, which gives rise to massive displacement of the local population in violation of applicable human rights standards. Intuitively, one tends to blame the World Bank (and the borrowing state) for possible violations. Accountability mechanisms have thus been specifically designed for such institutional failures: victims have access to a World Bank Inspection Panel which reviews the Bank’s compliance with its own operational policies and procedures, including human rights and environmental safeguards. However, Sofia Barros highlights that such violations may also be traced back to member states voting in favor, or at least supporting, deficient project loans. When states know, or should have known, based on the available information, that their support for institutional decisions could give rise to human rights violations, they should withhold their support. The failure to carry out a due diligence analysis could give rise to state responsibility, even if no actual harm ultimately occurs, for it is indeed the violation of a procedural duty of conduct that is decisive.